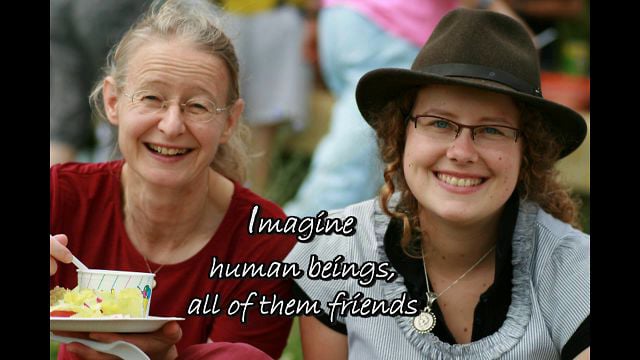 Question: When we imagine something, is that a mental process?

Question: How do you meditate? Sri Chinmoy: You are asking a most complicated question. If... »
Read More
The Jewels of Happiness is a collection of treasured wisdom from Sri Chinmoy's writings, divided into 15 heartfelt chapters on topics such as Peace, Joy, Patience, Wisdom, Love and Happiness ...
Read More
Jogyata Dallas, an accomplished meditation teacher, shares some profound insights on how to sustain your meditation practice ...
Read More
It’s hard trying to meditate every day. The chatter and constant movement of our mind, the momentum of habits and the addictive patterns of thought, make sitting still, breathing slowly, stepping back from it all and disentangling ourselves very difficult.
Read More
Try this exercise to have a fantastic start to your day ...
Read More
2. The Colouring Book 3a. The Ox Pictures 6. Joining the Path 79. Lessons on the Path 12. Inner Skies, Inner Beings 76. Christmas Trip Jottings 71. Surprising Rewards
Read More
Auckland’s 17th Diwali festival, colloquially referred to as ‘The Festival of Lights’, will soon be... »
Read More