Man has always been a runner, a biped-miracle capable of running hundreds of kilometers in a single day and seemingly inexhaustible and limitless in potential. The Greek legend Yiannis Kouros ran 303 kilometers in 24 hours and 473 kms in 48 hours and was capable of running 200 kms daily for 10 straight days. Auckland’s own Sandra Barwick still holds multi-day records – including running 883.6 km on a track in six days; 1000 km on the road in seven days, and 1000 miles in twelve and a half days. Less known as a running nation, India last year attempted to change the perception about running in that country by organizing the ‘Great India Run’, the first multi-city ultra marathon, with 12 elite marathoners traversing through six states and covering a distance of 1480 kms from Delhi to Mumbai in 18 days.

For thousands of years, cultures all over the world have used running as part of their cultural and spiritual expression. A new documentary by the Indian director Sanjay Rawal is set to explore these themes, with its film crew spending time with the Navajo Nation in Arizona, the famed running monks of Japan and the Kalahari bushmen in Botswana, as well as spending many days filming at last year’s 3100 Mile Race in New York city. Editing of the film has already started and in the last month, a Kickstarter project has already raised over $50,000 of its $75,000 goal, to enable the film makers to complete the film by August.

Documentary director Rawal comments: “We wanted to learn about the deepest spiritual traditions of exceptional indigenous runners from around the world. We wondered if we could, first of all, find runners that actually embodied the ancient esoteric approach to running and then earn their trust. And so we hunted on the run with the bushmen of Botswana and filmed their ancestral way of hunting. We ran with champion Navajo runners versed by their elders in the spiritual traditions of running. And we embedded with the Japanese Marathon Monks to document their epic 1,000 day running journey where at one time the stakes were literally life or death. Once a generation they pick an athlete to run for 1000 days over 7 years, in 100 day chunks – up to 56 miles per day over mountain trails!

“Then we came across the most elusive, elite multi-day race in the world, the Self-Transcendence 3100 Mile Race, which takes place in Queens, New York City each summer and demands at least 59 miles a day for 52 straight days. While the participants of that race are for the most part Western, the event was founded by the Indian spiritual teacher Sri Chinmoy.

In a sense, the race requires runners to tap into an ancient energy found in the most remote cultures of the world. We build the arc of the entire film around this race and bounce between remote, expedition-worthy locations to draw parallels between the approaches to running. We’re eagerly looking forward to this new documentary – ‘3100: Run and Become’ – which promises to be the definitive exploration of why ultra-runners do what they do”.

Among other extraordinary running adventures: The Big Five marathon, Limpopo province, South Africa. Seemingly a traditional overland marathon – if not for the regular, freely roaming presence of the “big five” of African game: elephants, rhinos, leopards, buffalo and lions! The Man versus Horse marathon in Wales, inspired by a claim that runners could keep pace with horses. Horses proved the victors in every race until 2004, when a man named Huw Lobb won and took home a purse of £25,000, which had grown unclaimed every year since the race’s inception.

Then there is the ‘Man carrying Wife’ 250 meter dash, originating in Finland and featuring three separate obstacles, one of which involves wading through a water course at least a meter deep with your spouse over your shoulders. The prize for winning? – the woman’s weight in beer! In the world championships, she sits on one end of a seesaw until the amount of beer evens it out.

And on Saturday, May 7 in 2017, Nike sponsored an attempt by three elite marathoners – nurtured over a year of planning – to break the seemingly unassailable two-hour barrier for the marathon.

This month, Kiwis Susan Marshall (408 miles) and Kim Allan (364 miles) came first and second in another challenging race, the just concluded Sri Chinmoy-inspired six day race in New York, a one mile loop around a flat, scenic trail in a pleasant park setting. Local Auckland runner 59 year old Durba Lee also competed, defying the usual constraints of age to cover over 243 miles. These races by the Sri Chinmoy Marathon Team feature an international field of runners who come to test their endurance, skill with pacing, and ability to recover from the stress of constantly moving. The competitors run with minimal sleep, all the while trying to accumulate as many miles as possible.

But why this love of distance, pain and great effort? For many, running is part of a spiritual quest, a journey of self-discovery. Russian athlete Jayasalini, the first female Russian finisher of the world’s longest race, the Sri Chinmoy 3100 Mile Race, comments: “This race is all about how things that seem impossible actually can be very possible…for me the answer is to have that deep inner connection with my soul, with my inner being, at every moment of my life, as strong as I had during the race. There, the conditions are so extreme, that every moment is a sincere prayer, every moment is a sincere cry, and every moment I felt my soul expressing itself in and through me. Now I feel the real objective, the real goal for me is to to be able to feel this during every moment of my whole life.” 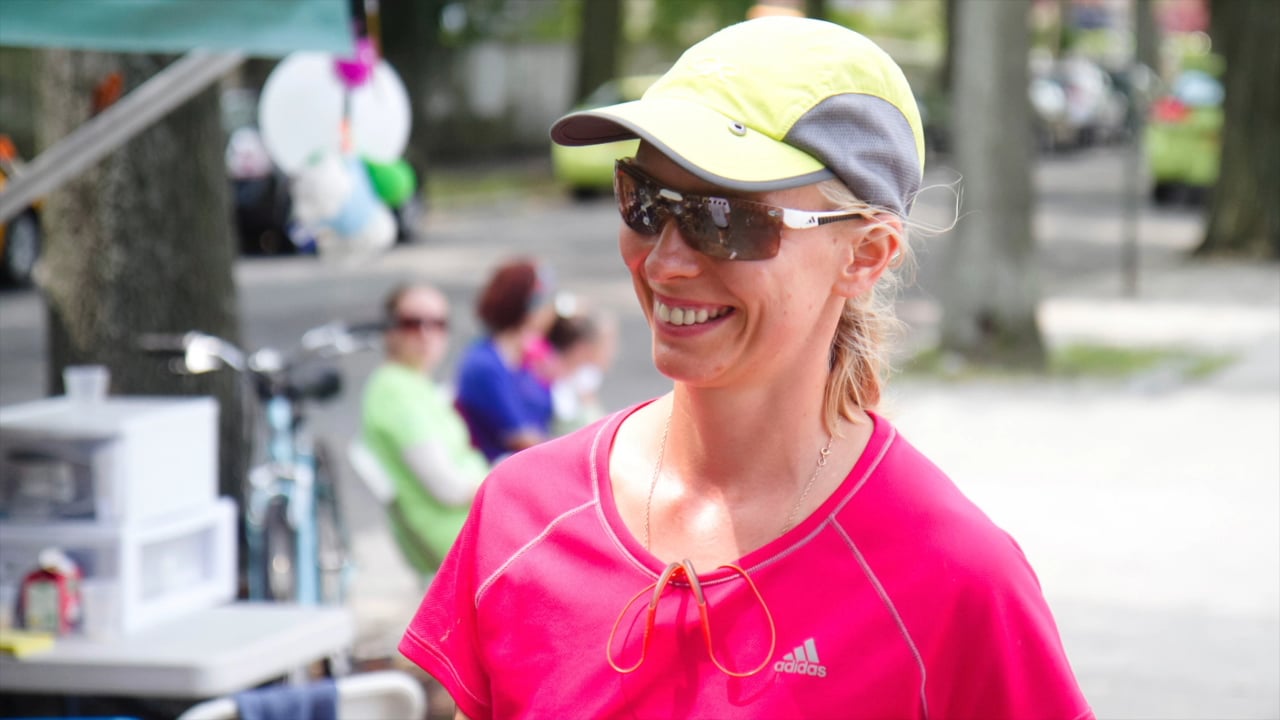 Sri Chinmoy, the late spiritual master, athlete and founder of the international Sri Chinmoy Marathon Team, encouraged fitness and sport as a wonderful lifestyle positive in an increasingly sedentary world, a path to self knowledge, a helpful spiritual discipline and a window into our limitless potential. He writes: “When you come to a particular standard, you have to say, ‘Is there anything more I can do?’. Then do it. The determination in your heroic effort will permeate your mind and heart even after your success or failure is long forgotten.” 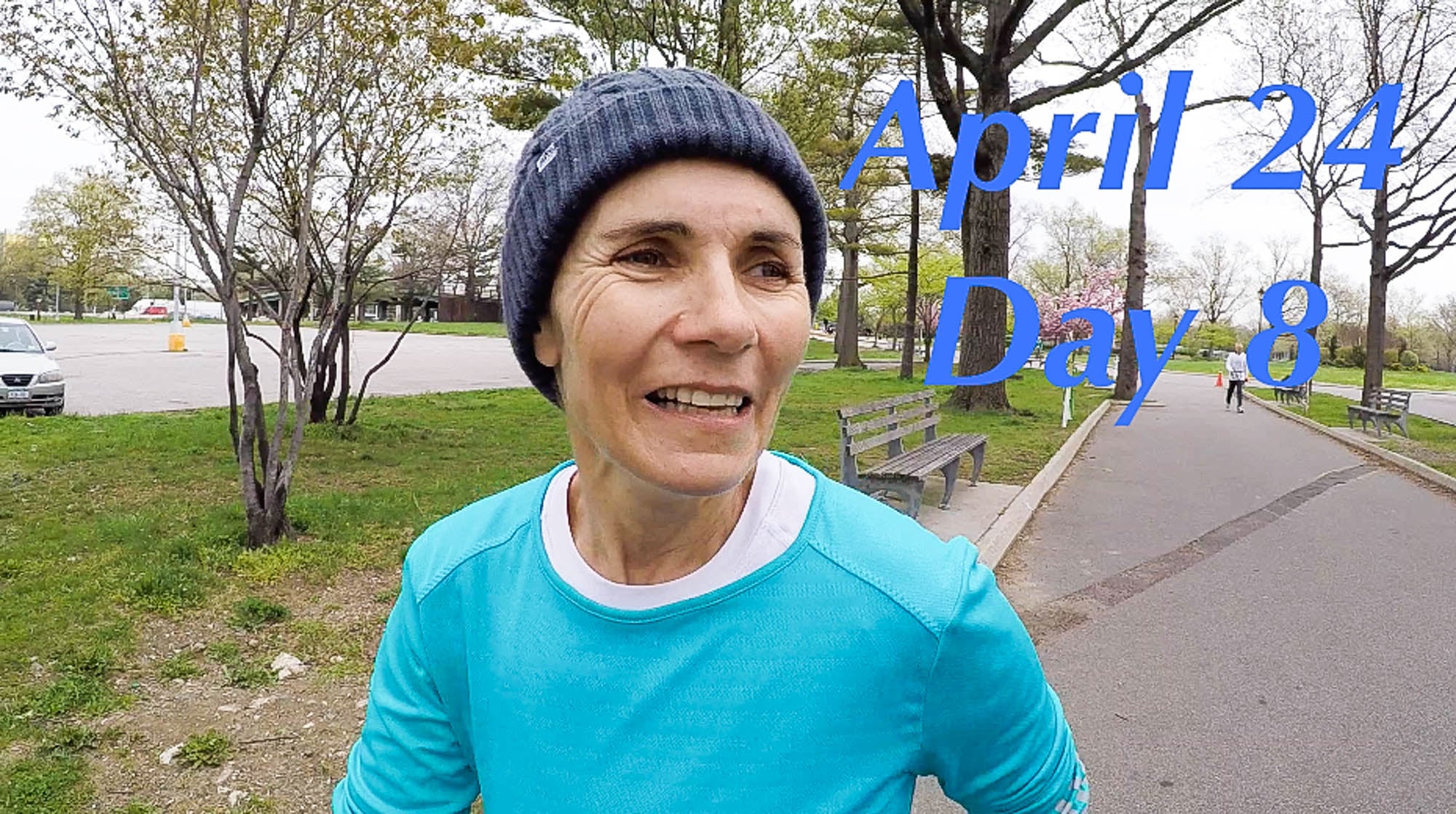 Harita Davies, the first New Zealand women to ever attempt such a distance, finishing in 4th place overall and becoming a New Zealand record holder...
Read More
Welcome to the 21st Annual Self-Transcendence 3100 Mile Race and one of the most remarkable... »
Read More
A Runner’s Diary Monday Ah this cold winter. Peering outside into a dreary grey dawn,... »
Read More
Our trail running ultra-distance athlete Cheryll, a member of the Auckland Sri Chinmoy Marathon Team, just... »
Read More
What is the connection between running and spirituality?
Read More
Throughout history encounters with remarkable people in different fields of human life have inspired revolutions, remarkable charity, epochal change, great undertakings. One such prime example is that of kiwi Harita Davies' ecounter with Sri Chinmoy ...
Read More
By Jogyata Dallas Ah this cold winter. Peering outside into a dreary grey dawn, at... »
Read More
New Zealand ultra marathon legend Vajin Armstrong talks about the secrets of success that can be applied to any sporting endeavours...
Read More
I went for a long run early on a Sunday morning, partly to have some... »
Read More
Sri Chinmoy founded the Marathon Team in 1977, both to encourage his students to increase... »
Read More
Indian film director Sanjay Rawal was in Auckland this month for the first New Zealand... »
Read More
Fitness has been a theme in the Sri Chinmoy Centre over the past month or... »
Read More
Sri Chinmoy was one of running’s great spokesmen, advocates and torch bearers, reviving ultra distance... »
Read More
How far can you walk, run or shuffle during 6 hours or 12 hours of... »
Read More
“Meetings with Remarkable People” national series of free talks, in which outstanding men and women share their experiences and encourage others to tackle their own life’s dreams and challenges.
Read More
by Jogyata Dallas From memory it was the famous Czech runner Emil Zátopek  – best... »
Read More
In 2006 Sri Chinmoy made an announcement after the Self-Transcendence Marathon in Rockland State Park... »
Read More
In April, 1982, I was at a function in New York and one evening our... »
Read More
Am I crazy? I’m standing on the start line of the Self Transcendence 10 Day... »
Read More
This article originally appeared in ‘Indianz Outlook’, August 2010   Dharbhasana Lynn has redefined the... »
Read More
This article first appeared in ‘Indianz Outlook’, June 2010   An Indian spiritual teacher who... »
Read More
Two times Kepler Challenge winner Vajin Armstrong , a member of the Sri Chinmoy Marathon... »
Read More
These are among the most beautiful landscapes on earth, these wide braided  shingled valleys, golden... »
Read More
By Toshala from The Blue Bird Running. Done properly it is good for your health... »
Read More
Find out how meditation helps an ardent rugby fan ...
Read More
Sri Chinmoy once told Muhammad Ali: “You are changing the face and fate of mankind. Your very name encourages and inspires. As soon as people hear ‘Muhammad Ali,’ they are inspired. They get tremendous joy. They get such dynamism to be brave and face ignorance…Your heart of oneness with all humanity makes you the greatest.”
Read More
World class Kiwi trail runner and ultramarathoner Vajin Armstrong, whose happiness formula is a mix of meditation and mountain trails, inner calm and the soothing beauty of landscape.
Read More
How a Sub 2 Marathon attempt (or any sporting endeavour) can be greatly enhanced through meditation harnessing the indomitable strength from within.
Read More
If you have good health, if you touch your health everyday it gets new life. By giving attention to something you give new life to it. Find out how to maintain good health ...
Read More
by Arpan De Angelo (New York) In 1980 Sri Chinmoy was personally fully immersed in... »
Read More
Banshidhar Medeiros (San Juan/New York)  In the early 1970s, Guru’s visits to Puerto Rico were always... »
Read More
Movement and meditation belong together. Experience from the five runners who braved the Waitomo Caves Trail Run ...
Read More
Untamed landscapes always inspire and humble us, and our recent hike over the Tongariro Crossing... »
Read More
Meditation isn’t only about sitting down and quietening the mind in your favorite home-haven, incense... »
Read More
Last week some 45 runners from all walks of life and fitness level participated in the annual Sri Chinmoy 12 and 24-Hour Races in a attempt to learn more about themselves, tackling hitherto unexplored distances ...
Read More
The whole world is inspired by the recent successful sub-two hour marathon achievement by Kenyan marathoner Eliud Kipchoge: 1.59.40 !! Find out the essential qualities to achieve this goal...
Read More
A few of our meditation group recently drove down to Turangi in the central North... »
Read More
One of New Zealand's most remarkable runners Harita Davie recently completed what New York Times hailed as “The Mount Everest of Ultramarathons.”. Find out more...
Read More
I have always felt a deep gratitude for my enduring love of running and those... »
Read More